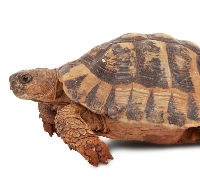 How secure is your access to your web hosting server? If you're accessing your website through standard FTP, the simple answer is not very secure. You can strengthen your website's security by using SSH to access your web hosting. To learn more about what that means and how you can get it done, read on:​

It seems that every month a new security breach or intrusion is being announced. Web technologies have evolved quite a bit since the early days of the Internet, but so have hackers and the general threat landscape. You may have noticed a recent increase in "https" websites—in fact, popular browser Firefox  announced recently that soon it will only support https-enabled websites; it's highly likely that others will follow suit thereafter.

This move to SSL encryption not only involves web browsers, but will also encompass other related Web technologies as well. To this end, SSH—a protocol for securely accessing websites over an encrypted channel—is fast becoming the standard way for customers to securely interact with their web host's servers.

Short for "secure shell," SSH is essentially a protocol for securely logging in and executing commands on a server from another computer. This protocol's commands can involve uploading/moving files, restarting the server, and other Web administration tasks. If you're familiar with FTP and Telnet, SSH is similar in terms of functionality; the key difference is that everything it accomplishes is over an encrypted channel. This makes for drastically better security, as data transmission is not in readable text, obfuscating any critical data from potential hackers.

Full coverage of SSH could span volumes, as there is a myriad of commands and functionality you can get out of the program. Most (if not all) Web hosts offer SSH hosting, or even SSH shared hosting, as an alternative to their standard offerings. In fact, it's highly likely that, like https, SSH will be an enforced standard for the Web in response to rising security concerns. SSH hosting is gaining prominence, and will also likely replace standard web hosting in the near future.

SSH's shift to becoming the standard hosting model makes it important to gain some proficiency with the tool. If you're ready to dive into SSH usage, this tutorial provides a comprehensive walk-through of helpful commands and functions.

Virtually all of SSH's benefits are security-related. They include:

The range of administration tasks possible with SSH varies depending on what level of access your SSH hosting provider allows. In general, SSH server hosting plans will only allow a subset of commands. If you're looking for more control, you may need to find broader Web hosting options with SSH. For example, you can use SSH to completely control your server—provided that your SSH Web hosting plan allows for this.

Web hosting with SSH is quickly becoming standard as concerns over Internet security continue to increase. The program is the most secure mechanism for remote server management; though many standard Web hosting plans come with Web-based administration tools like cPanel, none are as comprehensive as SSH in terms of breadth of capabilities. And though it may take time to acclimate to its command line interface, the security benefits gained from using it for remote server management are well worth the effort.

Make sure to check out the reviews of a few web hosting services with SSH providers to find the right fit for you.